tapvote lets you say
exactly what you want to happen 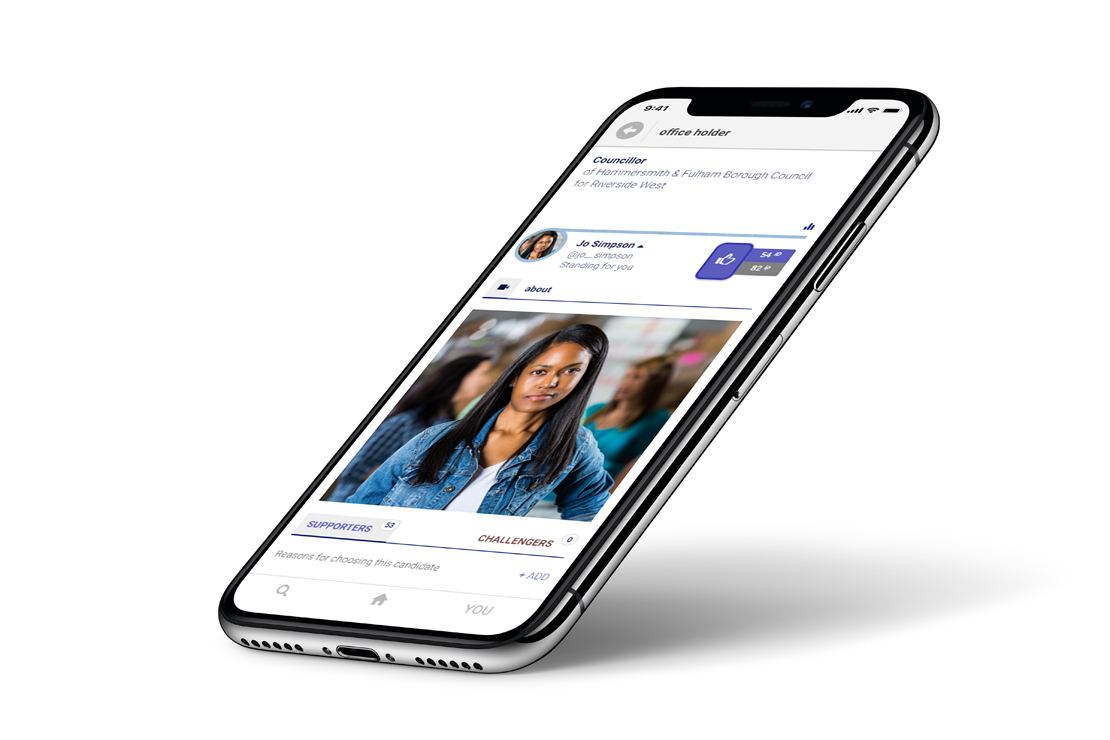 Upvote exactly what you want

Ever wish you could vote for specific things instead of just parties and manifestos?

With Tapvote you can. Tapvote verifies your ID as a registered elector, then adds your upvote to the ideas you support.

Show your reasons for support

Ever wish you could show others WHY you support the things you do? Then Tapvote is for you

Just add video reasons, comments and images to your needs to explain why it's important.

Videos and comments are upvotable to show which reasons are most widely shared by others.

A big challenge with online debate in recent years has been anonymity.

On Tapvote, all users are checked on the electoral roll and users commenting publicly have to provide proof of their local address.

This makes it much easier to ensure all commenters are real and helps prevent abusive commentary appearing in the first place.

Instead, politicians and organisations that support certain goals can show their support publicly so you know who's fighting for you.

Tapvote verifies a physical address for every user or group with a public profile. This confirms that public users really are resident in the area in which they are participating.

Politicians and public groups can also show their affiliations to national organisations and associations, so you know who they're recognised and supported by.

This also makes the authentication of statements and claims on the platform simple and straight-forward for anyone to do.

Tapvote is totally ad-free - instead it is supported by flat-rate member subscriptions which are only required for groups and power users. This funding model enables us to provide a uniform service free at the point of use, on behalf of all users impartially - without requiring advertising that might otherwise skew fair debate.

Any questions get in touch, or find out more on the options below.

To get started you can just try voting for something here.